Landfill sites soon to be history

An article from Special international issue, published on 31.5.2017.

Finland has succeeded in leading waste flows away from landfill sites and building a network for energy utilisation. Now it is time to promote recycling.

Landfilling of municipal waste has reduced dramatically in Finland. In 2008, more than half of all municipal waste was taken to the landfill, but only 11 per cent in 2015. More than 2,100 landfill sites have been closed in Finland in the past few decades.

The landfilling of organic waste has been prohibited from the beginning of 2016. This has had a strong influence on the development of waste management. In ten years, Finns have invested over one thousand million euros in waste management.

Landfilling has been replaced first by building a nationwide network of waste energy recovery plants. There are already nine waste power plants in Finland and some three hundred plants that produce solid recovery fuel from waste. Today, 48 per cent of municipal waste is utilised as electricity and heat. In many areas, waste energy is used to replace fossil fuels.

‘In a country like Finland, you cannot allocate investments to many areas at a time. Now that we have a completed combustion infrastructure, we can next focus on increasing recycling,’ says Senior Officer Sirje Stén from the Finnish Ministry of the Environment.

In addition to the energy network, Finland has invested in the treatment of biowaste. The biological processing capacity has doubled in ten years. At the same time, the focus has shifted from composting to digestion. The use of biogas is increasing, particularly as transport fuel.

Two mechanical sorting plants have been built in Finland: Fortum’s circular economy village in Riihimäki processes municipal and packaging waste to make products such as recycled plastic for industry. In Lahti, the Kujala plant of Päijät-Häme Waste Management also produces secondary raw material from municipal waste. Complexes similar to the circular economy village are planned also elsewhere in Finland, in Oulu for instance.

How did we succeed?

Finland is now preparing a new national waste plan, which will in these days be sent to the stakeholder groups for comments. In connection with this, the Ministry of the Environment has studied Finland’s performance with regard to the first waste plan published in 2008.

Finland has achieved the target of utilising a minimum of 70 per cent of construction waste as material and energy. However, there is still a long way to go to reach the EU’s recycling target. New recycling innovations have been developed. For example, roofing felt waste and gypsum boards can now be recycled as raw material for asphalt and new gypsum boards.

A hundred per cent of municipal sludge is utilised as soil conditioner or energy.

‘We still have a long way to go as regards the prevention of waste production, increase of recycling and presence of the circular economy in our daily lives. It requires a change of thinking patterns, which takes a long time. The improvement of the recycling rate requires the use of a number of means, including strong financial policy instruments,’ Ms Stén summarises.

She believes that digitalisation can improve the compilation of statistics. International indicators would be needed for the assessment of material efficiency and prevention of waste production. 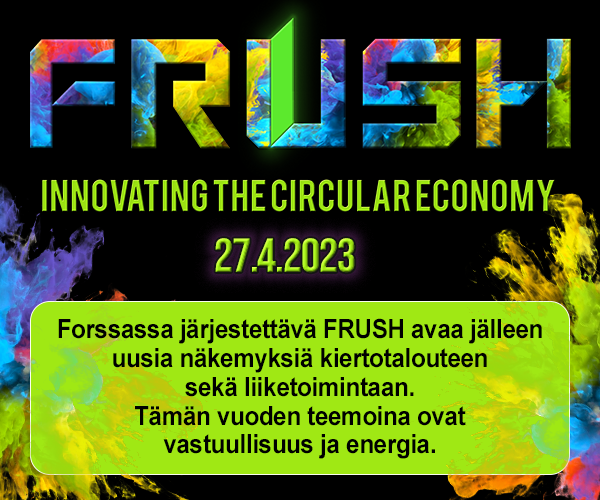